Spreitz is a California based Swedish actor who has a has a multifaceted career. On his resume he can write actor, fight coordinator, television personality, bodyguard and special lecturer.

Spreitz is well known for The Girl Who Kicked the Hornet’s Nest and The Girl Who Played with Fire where he portrayed Ronald Niederman. Brother of the lead character played by Noomi Rapace. Spreitz has a background as a martial artist. Competing in the Swedish national team. He is a multiple Swedish champion and silver medalist at the European championship in 1985. In 2013 Spreitz founded Fighterhjälpen, a non-profit charity foundation that supports families who have children with cancer.

"I am a California based Swedish actor. My most recent work includes a film with Eric Roberts (Unchained) and the very popular Swedish Johan Falk series, which has had a great deal of success in the US as well as The Swedish Gladiators TV show. I've done numerous film, tv, commercials and print work, all over Europe over the years.

My biggest and most favourite project to date was the Millennium Trilogy". 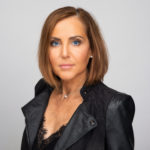 For inquires regarding Mikael Spreitz, please fill out the form and we’ll get back to you as soon as possible.
We’ll be happy to answer all of your questions.